A friend of mine once told me a story about his failed attempt to make a buck one rainy afternoon. The actual number of dollars that he stood to earn, would have been slightly more than a buck though. It was closer to several hundred-thousand of em’. The business he was in, was real estate. This particular rainy afternoon, he was at the top of his game and ready to do big business. He new exactly what his prospect had been looking for, and he owned it. It was a slam dunk, if ever there was one. His ducks were in order, and it was game on! He had confirmed with the client that morning, and he was pumped.

He got to the property early, and was walking it, and clearing any loose trash, when he came across this soaking wet man in a T-shirt and shorts. He introduced himself and asked if there was anything he could do to help this poor man. The man said that he had been on the streets for a long time, and that he was tired. He told my friend that drugs and alcohol may have driven him to his knees, but what a perfect place to surrender. He said he was willing to do anything to turn his life around. They discussed his need for detox, shelter, and clothes. By this time, my buddy began to look at his watch, wondering where the hell this big talking land developer was, because he was already a half hour late. This “big-shot” had perfect directions, and was also a stickler for being on time. After a few minutes more of listening to the man in need, my friend began to pray. What came to him was simply this: It’s never really about, what WE think it’s about.

He slowly began to realize that he was there to love and serve the homeless man, and not to make money. They enjoyed a meal together, purchased some clothes and his new friend was able to get a same day check in to a detox/rehab...

I think of this story OFTEN!

When I was younger, and studying to become an actor, I knew like I knew like I knew, that my drive and determination would take me to fame and fortune. My dues had been paid, and it was my turn. The life that I had survived, was plenty for me to draw from and I believed that the stage was set. I had never been so sure of something in all my life. In my past, mediocrity had been my middle name in all my endeavors. I wasn’t even a good addict. But this particular creative vehicle, that by design, was built to deliver what I had been carrying, was perfect. My vision boards were splattered with Sir Anthony Hopkins, Marlon Brando, Robert DeNiro, Al Pacino, and of course myself.

It was a time of “If you can see it, you can have it”, “If you can imagine it, you can achieve it”, and “If you can dream it, you can become it”. All of this was all uplifting and inspiring and stuff,  but it was still confusing for sure! Either way, I was sure that It was in the cards for me. I studied,

Even aside from the class that I was enrolled in at the Studio, our teacher allowed us to attend, but not participate in, his other classes. I went to all of them. Little did I know, they were fueling something else. As the years went by, I became a member of a couple of Theatre Companies, landed an agent, and started getting out there and performing every chance I got.

After many years of studying, I realized that I was also becoming really drawn to writing, directing, and teaching. Working with others in class, or in the theatre, gave me many opportunities to ask others for their permission to help them when they were stuck. Apparently I spoke a language that could be heard, because the response was always wonderful. The opportunity to start teaching presented itself,  and I went for it. I taught adults, and together, my wife and I taught children. Doing this work instantly uncovered a feeling of purpose.

Over time, a handful of my students ended up being friends of ours, that were also walking the path of recovery. This added a whole new dimension to what had been going on in class, up to this point. I knew them, better than their therapists.

Imagine a person that speaks only two languages, visiting a country where no one speaks either, and through divine intervention, they are provided with an individual that speaks both. If you held on through that last sentence, then you may proceed. After this amazing revelation of how my gifts could serve those in recovery, my wife and I began to use these classes in every capacity possible. We used them in counseling internships, our kid’s schools, and local treatment facilities and Sober Livings.

Until you have witnessed or experienced first hand, the dance of a creative workout, with two open hearts and minds ebbing and flowing, stretching and exploring, there is most likely not another word that I can use to explain it. Allow me to at least attempt an explanation of just the potential, of such a connection.

Have you ever owned an instrument that you couldn’t play? The most common example of this, is that of a guitar. It hangs on your living room wall in all its glory, fully strung with fresh strings and a shiny logo. And, one day “that” person enters your home, points to it, and says, “Do you mind?” To which you reply, “Of course not. Go for it. Knock yourself out.” They quickly tune it, and begin to play in a way that makes you question every ounce of talent that you have ever even imagined possible for yourself, or any human being, that has ever existed, since the beginning of time, amen.

This my friends, is the way I feel when I meet someone with an honest desire to learn how to play their own instrument, but yet there they stand in all their external gorgeousness, blocked by the unknowing of their possibilities. In this analogy, the only difference between them and the guitar, is that they are both the beginning musician and the invaluable instrument.

This work has taken me from self to selfless, and I give, because I was given.

We are now offering classes that are focused on Recovery and Healing. The growth required on this path to a truly healed and substance free life, is addressed in our Creative Recovery Classes.

It’s NEVER about what we think it’s about.

I thought that I was supposed to act.

For now, I’m just gonna “act” like a guy with a key to some doors.

Shoot me an email if you’d like to interview for class. 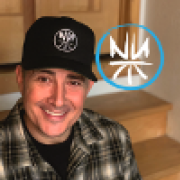 Because of his own desire to grow, Nino has been a creative educator for over twenty years. His past experiences have allowed him to work with people of all ages, ethnicities, and socioeconomic backgrounds in different capacities. Teaching creative writing and acting to incarcerated youth and adults, was by far his favorite. With a strong background in the visual arts, his creative spirit continues to assist in the endeavors of Privilege Creative, Sober Directory, and New Now Village (A Sober Tiny House Community). He and his beautiful wife Victoria, share a common purpose of walking with others on their Recovery Journeys. Being blessed with an attitude of gratitude for what was so freely given to him, he feels truly called to give back, by loving and serving others. From helping others to meet their basic needs, to discovering and pursuing their passions, Nino and Victoria’s mission is to Love others through.